Universal Credit is a debacle, that much is agreed. However, is the original system actually any better? I’ve been claiming for 3 hellish months, and now it’s over I’m taking a look back.

Things didn’t quite go as planned last week; it turns out that there was a bit of a virus going around the office where I was due to start working on Tuesday, so my commencement date was pushed back a week. All this means that tomorrow (Monday) I will be starting my new job and, I have to be honest, I am terrified. There is no excitement. Instead, I am beset with anxiety, fear and a rather strong desire to kneel over my toilet and throw up until my stomach is no longer churning.

I knew about the job a few weeks ago but I postponed informing the Jobcentre if only because a change in my situation means another couple of hours filling in forms. 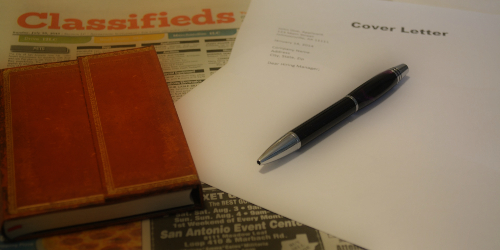 This brings me to the real reason I actually started writing this post. Over the last few months, there has been a lot in the news about the new benefits system being introduced, and how it is appalling. It’s not great, but apart from being slow to get working and decidedly poorly organised, the money received is no worse than it was using the previous system, it’s now just all lumped together in one numpty payment, and the conditions ascribed to it once awarded are stricter.

Most of the articles have been written by people who have simply spoken with those who’ve been pushed into the system through circumstance. As someone who has now, through no fault of my own, been a ‘recipient’ of Universal Credit I can honestly say that Universal Credit is no worse than any other unemployment benefit (especially if you’re single), but the awards system, the restrictions, the lack of human interaction and the hoops you have to jump through, are far worse than they were just two years ago (when I was on the original ‘trial’ system after being made redundant for the third time).

Universal Credit penalises people who get their entitled last month of salary; instead of ensuring that the money will go toward helping you for however long it takes to get a job, you are no longer allowed to have back up! I acknowledge that not every single situation is the same. I live on the South Coast, where rental prices are relatively high (sure, not as high as London, but still not exactly cheap), and as a single woman with no children, I am entitled to nothing but the absolute basics.

As a summary to the above, my basic outgoings are £750 in rent, and over £100 in the essentials (not including food)…to balance this out, my income from benefits is £838…

Further help is only available if you’ve been out of work for three months or more, and by further help, I mean a 50% discount on bus fares. The DWP is not the most communicative when it comes to providing you with information about anything, and it’s like getting blood from a stone when you ask about the help they can offer you. I was aware that I had the right to get help with getting to interviews however, this is now subject to meeting specific certain criteria, is retroactive and is not guaranteed.

On the day that I lost my job, I reported it to the DWP, filled in all the forms, made my first (and as it turned out, only) appointment to see someone about setting up my benefits, and then waited 10 weeks to get a single penny. I had to stretch a month’s salary to pay my rent and all my bills across two months and I’m not going to sugar-coat it, it was a struggle. Unlike many others, I was lucky in that I had supportive family and friends who took me shopping to purchase groceries, to ensure that I was able to feed myself and Darcy, and still pay out to get to job interviews.

Since the original incarnation of Universal Credit that I was ‘helped’ by the last time I was unemployed, things have changed a lot. I haven’t seen anyone since my first appointment, I don’t have a case officer – messages to the DWP have been answered by different people in offices nowhere near the one where I was seen for my initial appointment back in July. It’s become an even more impersonal system and rather than caring whether someone gets a job that they will stay in, they want to get people employed. When I saw my ‘case worker’ (I use that term loosely because no further appointments were ever made) I was told: “Look on Indeed and Reed, put in your location and reduce it down to the smallest distance then apply for EVERYTHING that shows up in the results”. There was no talk of “Apply for jobs that will ensure you can afford your bills and rent” or “Apply for jobs that are in your wheelhouse” it was all about “Get a job in a cafe or a shop or a nursing home or as a cleaner”. I would happily get a job in one of those if I knew that once I got it I wouldn’t have to get another two jobs to ensure I could actually meet my basic outgoings.

I know that these people are just working within the system that they have been employed by, however, the tone of voice that they used to speak to me – as though it was my fault my company cut expenditure and made me redundant – was appalling. As far as these DWP employees were concerned (at least my interpretation given what they said to me) was that I was no better than career claimants who’ve never looked for, or had, a job. For some reason, they treat everyone with zero respect, as though they are a waste of space, an inconvenience. Until that point, I had been feeling fine.  Sure, the day I lost my job I got a little bit wrecked on vodka (but do you blame me?) however, the job had been slowly killing me; I’d been repeatedly bullied, yelled at, called a useless c*** by my boss in front of everyone, so I wasn’t sad about losing the job, merely the salary that covered my bills. The moment I came out of the job centre I cried. These people were meant to help me, were meant to offer me guidance and reassurance; instead, they’d treated me no better than a waste of oxygen that was causing them inconvenience.

I don’t think that Universal Credit is to blame for all of the problems that have happened. The issue lies within the system itself, the way that people are treated as though they are criminals or low-lives when they have no choice but to fall back on the system that they pay into while employed and was put in place to help them. I have hated every single minute of filling in a form on a daily basis to justify my ‘salary’ of £10 a day and, to be honest, I am not sure how they expect ANYONE to live on it. When you first claim you have to agree to spend 35 hours a week looking for work, this includes updating CVs, searching for jobs, filling in application forms and actually attending interviews. You also have to agree to look for jobs up to a 90-minute commute (both ways) away from your residence paying minimum wage or above, and anything up to 48 hours a week.

There is no negotiation when it comes to the terms set out in the ‘Contract’ you are presented with. You either agree to them or you don’t meet the specifications to actually claim anything in the way of financial help. In their original incarnation there was some leeway; you could specify the minimum salary you would be able to realistically accept, and the distance away from home (depending on what transportation was available to you). With the removal of these things went some of the flexibility that made Universal Credit just that little bit more realistic as a helpful benefit to those who were out of work and seeking a new job.

When I expressed concern at the fact that they expected me to apply for jobs that I knew I wouldn’t be able to afford to pay my basic outgoings on I was recommended to speak to a budget advisor. They didn’t care that I had already shown them a very detailed list of my outgoings (I don’t even have a TV license any longer) I was simply told “Our job is to get you into work, we don’t care what you do” (I wish that I were lying). They were shortsighted and incredibly unhelpful.

I am incredibly relieved that I am now going to be moving out of the system, that I will be able to afford to cover my own expenditure and that I will be able to stick two fingers up at the system that hasn’t helped me (or a multitude of others). However, the problem remains; Universal Credit (and the benefit system as a whole) is broken. A serious review needs to be done. People actually need to start giving a literal shit about those who are in a situation not of their own making, rather than making them into victims of circumstance and putting them into a position that they should never have to be in.

I am lucky enough that this time around it’s only taken me three months to find a new job, but I know that if I hadn’t been so fortunate I would very shortly be homeless and desperate. With any luck, I won’t be revisiting this situation again in the near future, but I am not psychic and can’t predict what is going to happen, I just have to keep my fingers crossed and hope that my luck has finally changed for the better. Perhaps I should stock up on fake rabbits’ feet and make a few wishes on shooting stars (must find a telescope).